The year began on a sad note as we mourned the loss, in March, of People or Planes alumnus Tommy Thompson, just months after the unexpected losses of Al Graham and Bill Lishman. 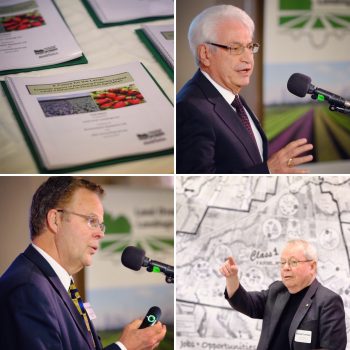 But all three were doubtlessly with us in spirit on April 3, as our agricultural economics study of the remaining Federal lands was formally released to a standing-room-only VIP crowd in Brougham Hall, hosted by David Crombie and presented by consultants Atif Kubursi and John Groenewegen. And we’re sure they were also there in spirit at a follow-up presentation on April 5 to members and supporters.

The study’s report, “A Future for the Lands”, generated broad interest and provided us with the facts and figures we needed in order to take our vision to the federal level.

This we are doing. First up was a written submission in August to the Standing Committee on Finance. We were pretty certain that the possibility of a viable economic alternative for the languishing, money-draining Pickering airport site would be sufficiently interesting to the Committee to earn us a place at the table during the pre-budget hearings a month or two later.

It was! So, on October 4, our vice-chair, Susan Reesor, delivered our Opening Statement – “New Economic Life for the Pickering Lands” – before the panel at the Oshawa hearing. Our head of research, Jim Miller, responded to the Panel’s questions, stressing how the Lands could open doors to new farmers desperate for suitable, affordable land on which to grow food for the GTA and its burgeoning population; stressing too that Pearson’s latest Master Plan reveals no capacity concerns during the 20-year life of the Plan, and a sixth runway approved for adding if needed. 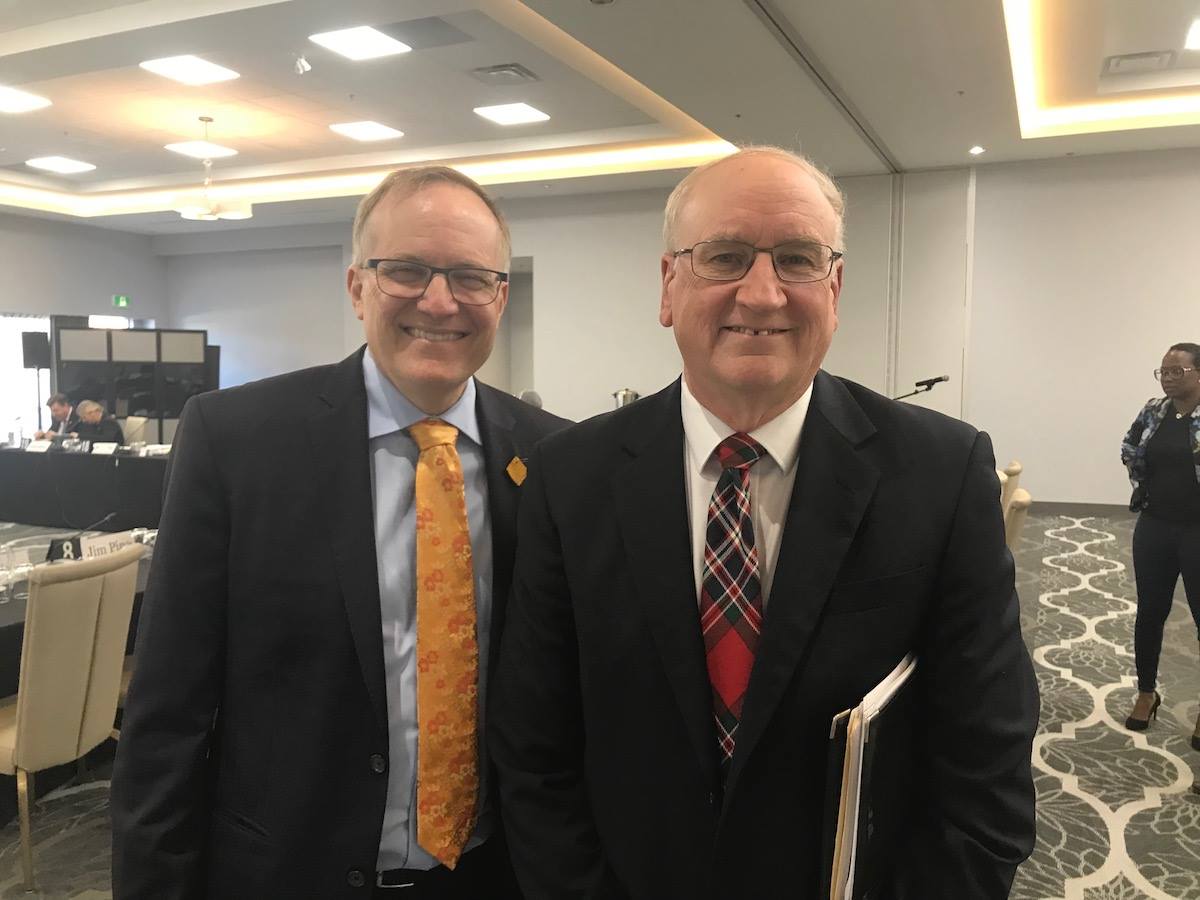 president of the National Farmers Union, immediately understood the situation here, and how the one-year leases had prevented farmers from planning. The committee’s vice-chair, NDP MP Peter Julian (shown here with Jim) spoke of the significance of local food, the 50-mile diet, food sovereignty, climate change, and the carbon footprints of food imports, and afterwards asked to be on our mailing list and offered his help.

We have since learned that our alternative vision for the Lands will be represented in the 2019 federal budget. In other words, the concept of North Pickering Farms is now on record with the Department of Finance. 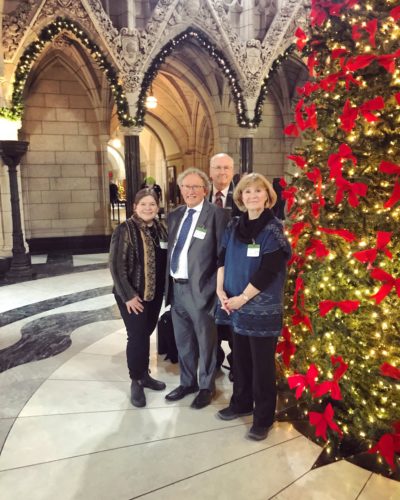 December 11 saw us in Ottawa, where we met with senior officials at Transport Canada as well as with the Chair of the House of Commons Standing Committee on Finance and the Minister of Agriculture and Agri-Food. We described the findings of our agricultural economics study and the alternative economic vision for the Lands, and presented our fact-filled and candid new research report “THEN/NOW/NEXT: 21st-Century Reasons to Cancel the Pickering Airport”. All three meetings went very well. We garnered useful information, received some strong support for our cause, and came away with a sure sense that our visit had helped raise awareness and further our mission to save these Lands.

This wrap-up wouldn’t be complete without recognizing the group and individual efforts that went into a whole range of other events and activities throughout the year: participation in the Claremont Winter Carnival parade and Whitevale Spring Festival; talks to the civics class at Bill Crothers Secondary School, Unionville,  and to the Markham Rotary Club; presenting as guest speakers at the Preservation of Agricultural Lands Society (PALS) and the Ontario Farmland Trust’s AGM; hosting our own AGM, 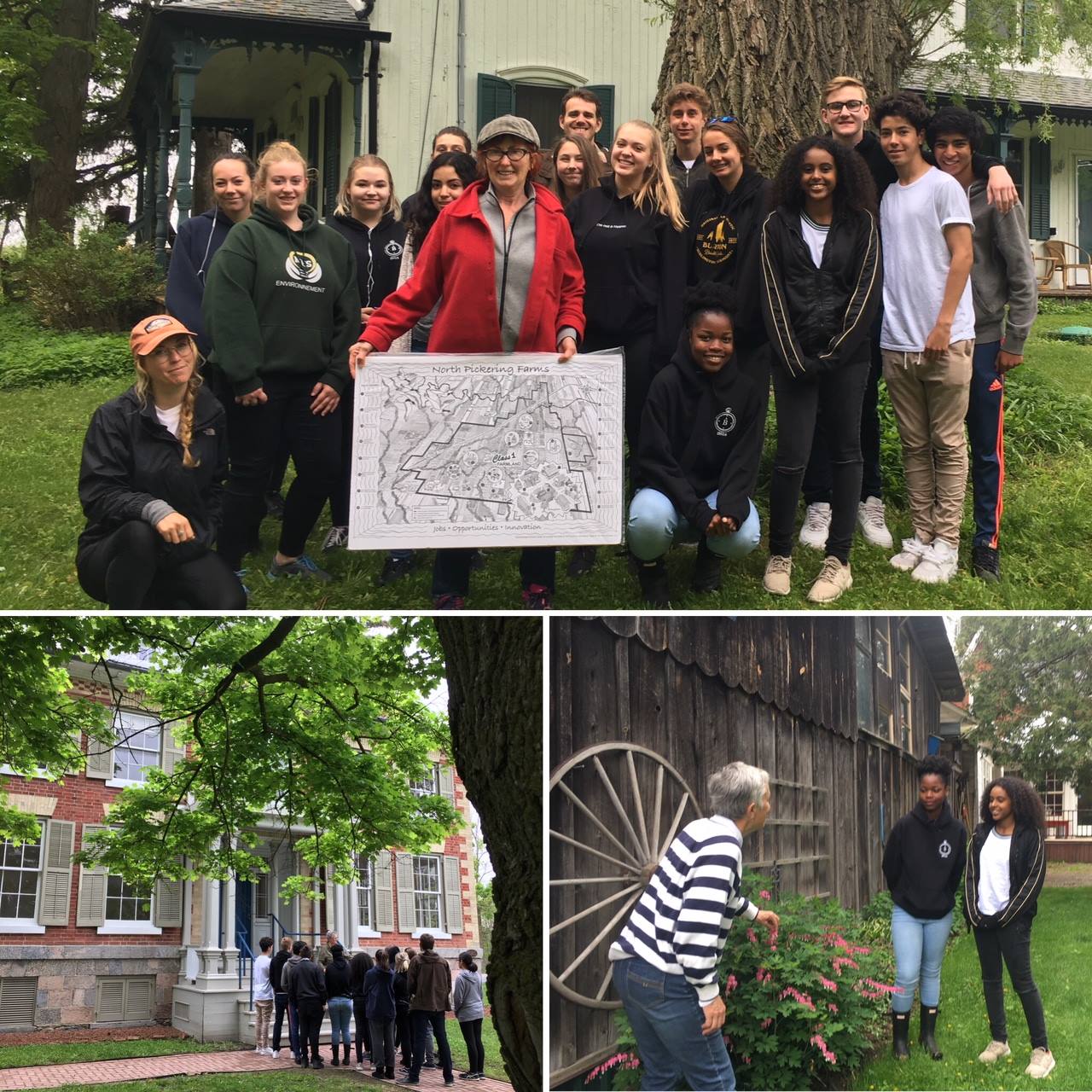 which featured the brilliant Geographical Information Systems map designed to bring to life our North Pickering Farms vision (thank you, students from the Boussole Environmental Leadership Program at l’École Secondaire Ronald-Marion in Pickering!); participation in a strategy session with leading Ontario environmentalists; participation at Ecofair at Wychwood Barns; and a presentation to the Ajax-Pickering branch of the Canadian Federation of University Women.

As this year ends, we feel that significant, important progress has been made. We enter 2019 with wind in our sails.

Postscript: We must add here a special mention of the passing, in October, of Don Gibson, POP champion and creator of the iconic Foodland Ontario marketing campaign, “Good Things Grow in Ontario.” We will be featuring Don in the January edition of our UPDATE newsletter.