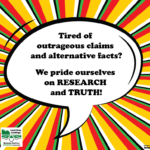 You’ve got questions and we’ve got answers! Read more in this second part of our FACTS series. 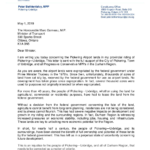 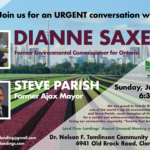 Land Over Landings is proud to host, Dr Dianne Saxe, one of the world’s top 25 environmental lawyers and the former Environmental Commissioner for Ontario, and Steve Parish, former Ajax Mayor and vocal champion of the Greenbelt, for a candid and action-oriented discussion of the threats facing our communities, especially “Toronto East Aerotropolis”!

We took the liberty of making a few edits to Mayor Dave Ryan’s column in the News Advertiser on April 25, 2019. 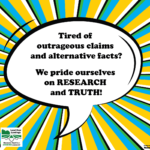 With the heightened level of airport bluster and local propaganda swirling around, we thought a few FACTS from our research publications might clear the air.

In this edition of UPDATE, we highlight our new Youth Wing; catch you up on the pro-airport push from the City, and introduce you to Stay Grounded. 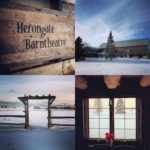 Thank you to our wonderful supporters and Partners who joined us at Herongate Barn Theatre on February 28 to help fund the future of Land Over Landings! We raised just over $4000 thanks to your generosity.

Join us for a wonderful evening at Herongate Barn Theatre on February 28! The event includes a sumptuous dinner with friends, new and old, and the hilarious production of ‘Beyond Therapy’, all held in a historic barn setting.

Don’t miss the good news in our year-end newsletter!