Top
You are here: Home / Archives for Resources / Reports

Welcome to the archives for all Reports resources. 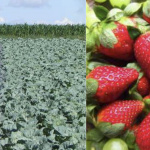