Today, Transport Canada announced that, on April 1, 2018, farm leases on the remaining Pickering Lands will become 10-year leases instead of the 1-year version that has been in place for over 4 decades. This is a significant development, and we’re excited that the government has begun to move on this file. But we’re also reacting cautiously, as we don’t know many details. The announcement does seem to indicate that Transport Canada, despite being only partway through its latest southern Ontario aviation needs study, has no expectation of any shovel in the ground for a Pickering airport for at least another decade.

By then it will be 2028. What will this economically depressed area be like after yet another decade of limbo (even with longer leases)? What will aviation look like? How will climate change be affecting us? How many countries will be struggling with food and water shortages?

We certainly agree that 10-year leases are better than 1-year leases, and some fruit and vegetable farming may well start up and flourish in that time. But such leases aren’t long enough to allow for the kind of change that would really revive north Pickering: no food hub will blossom in a farming area with a 10-year life expectancy.

This announcement makes our study, on the maximum economic potential of this land if dedicated to permanent agriculture, all the more timely and important. 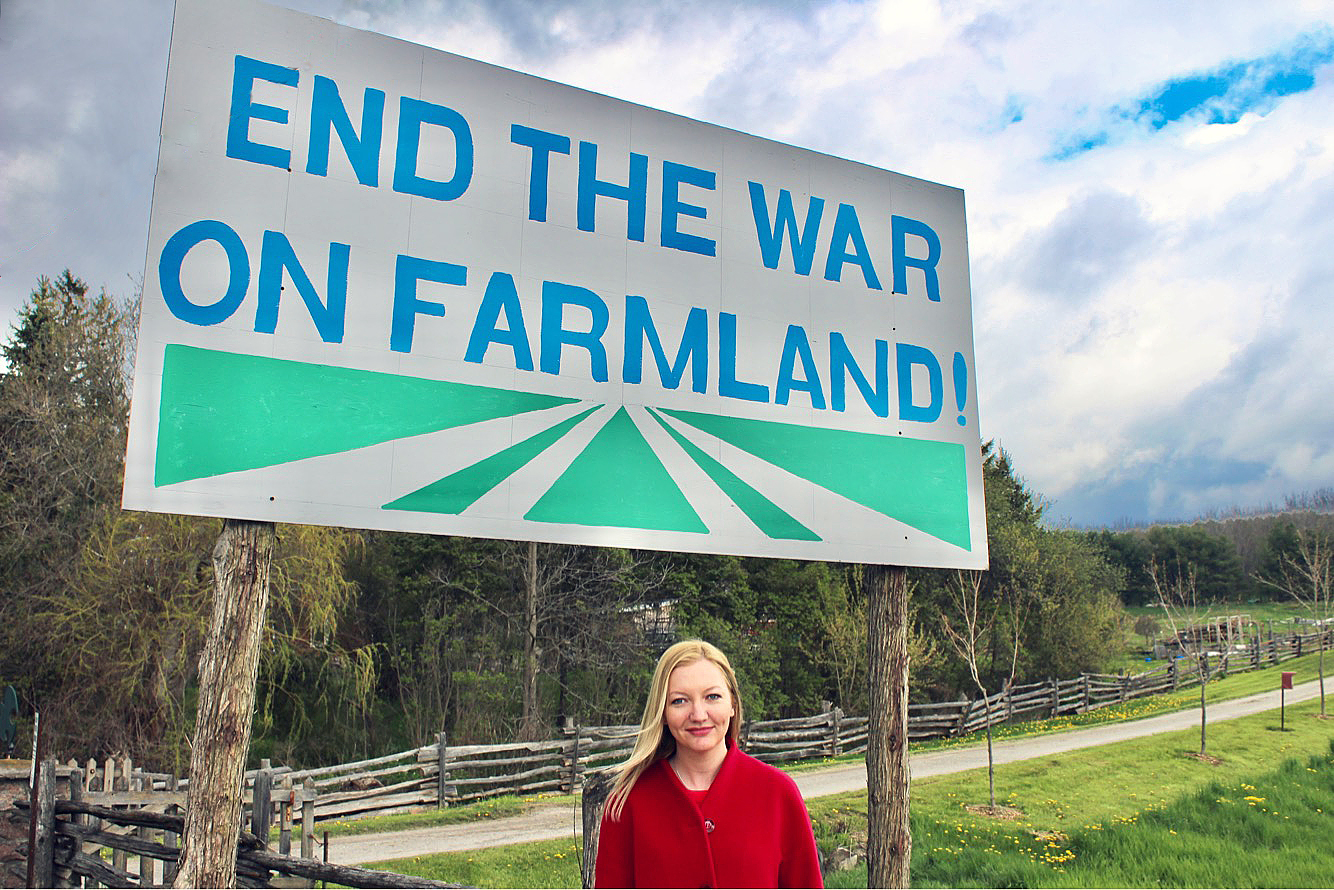 Our sincere thanks to our federal representative, Pickering-Uxbridge MP Jennifer O’Connell, for her tireless efforts to protect these Lands. She is pictured here at the farm of our late Honorary Chair, Lorne Almack, a leader of People or Planes in the 1970s. Lorne had a vision for these Lands. He wanted their tenant farmers to enjoy the fruits of long leases, investing in their land and becoming a community of stewards. He would be glad to know that things are finally moving in that direction: a first step towards a better future.