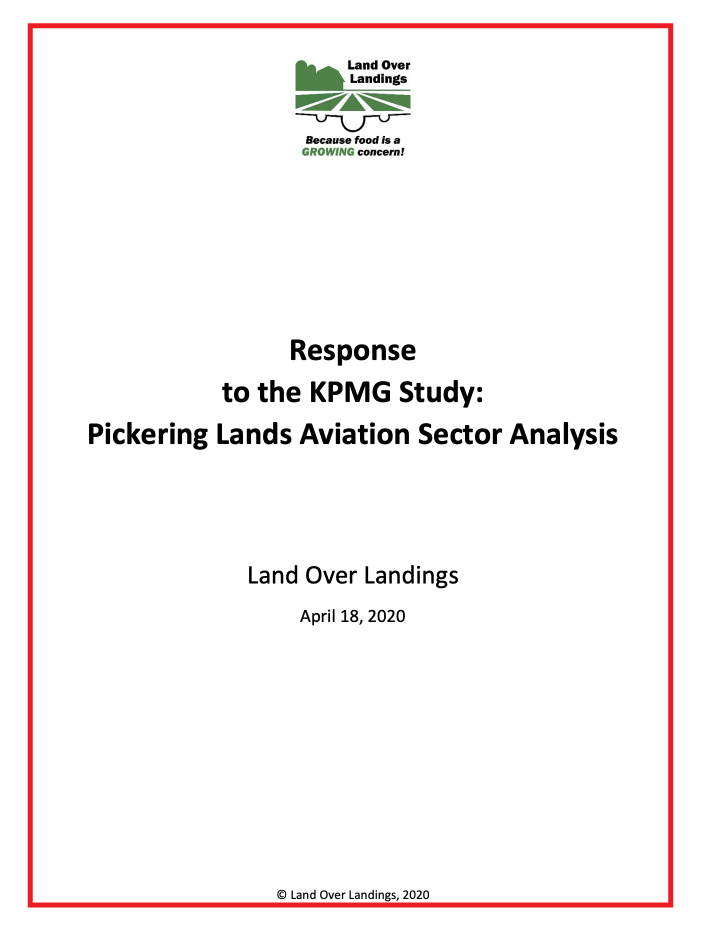 The Supply and Demand Report of December, 2016, found – and variously stated no fewer than 18 times – that no additional airport will be needed in southern Ontario to meet 2036 demand. The report also found that, with modest capacity expansions of some existing airports, southern Ontario airport capacity will not only meet forecasted 2036 demand but will exceed it by a wide margin. That should have been the end of it. But no. A slim “contextual bridge” report, said to have been requested by Transport Canada, was submitted 11 months later. Conflicting explanations were given as to what this report was for, but it seems to have been created to justify proceeding with an analysis of a Pickering airport’s possible type and role and the economic impact it could have – even though the first report, extensive and data-driven, had concluded that no airport was needed. The “bridge” report floated the novel idea that “need” was only one rationale for building an airport; it could also be built to stimulate economic growth.

Accommodating a local desire for economic growth is not Transport Canada’s responsibility. (See its mission statement.) And an airport that isn’t needed cannot, by definition, be an economic stimulator. Still, the idea was clearly deemed good enough to keep the study going. Two more reports were eventually produced.

In them, KPMG indulged in “what-if?” exercises. Four scenarios were eliminated, but two types of (unneeded) airport were thought to have potential, so KPMG proceeded to study the revenue-generating and economic-impact possibilities of those two (unneeded) airports. We don’t know their conclusion because all financials were redacted. But since this last report was intended to make a business case for a Pickering airport, it must have failed to do so (perhaps miserably), hence all the redaction – and the silence.  Read our full Response on the Report here.

The study’s authors knew in 2016 – as did Transport Canada – of Ottawa’s commitments under the Paris Agreement on GHG emissions. Yet the aviation sector’s vulnerability in the face of climate change was never raised in the study’s scope of work, nor was it mentioned in the report. Transport Canada and KPMG could not, of course, have known that COVID-19 would soon bring air passenger travel to a virtual halt and the sector to its knees, its rosy growth forecasts in tatters. Still, even without factoring in these global emergencies, KPMG found no need for another airport. So, Ottawa, it’s time to cancel this decades-old project. Stop holding North Pickering hostage for an airport that will never happen. Put the Federal Lands back to work doing what they do best: producing safe, secure, local food for Canada’s largest urban centre.