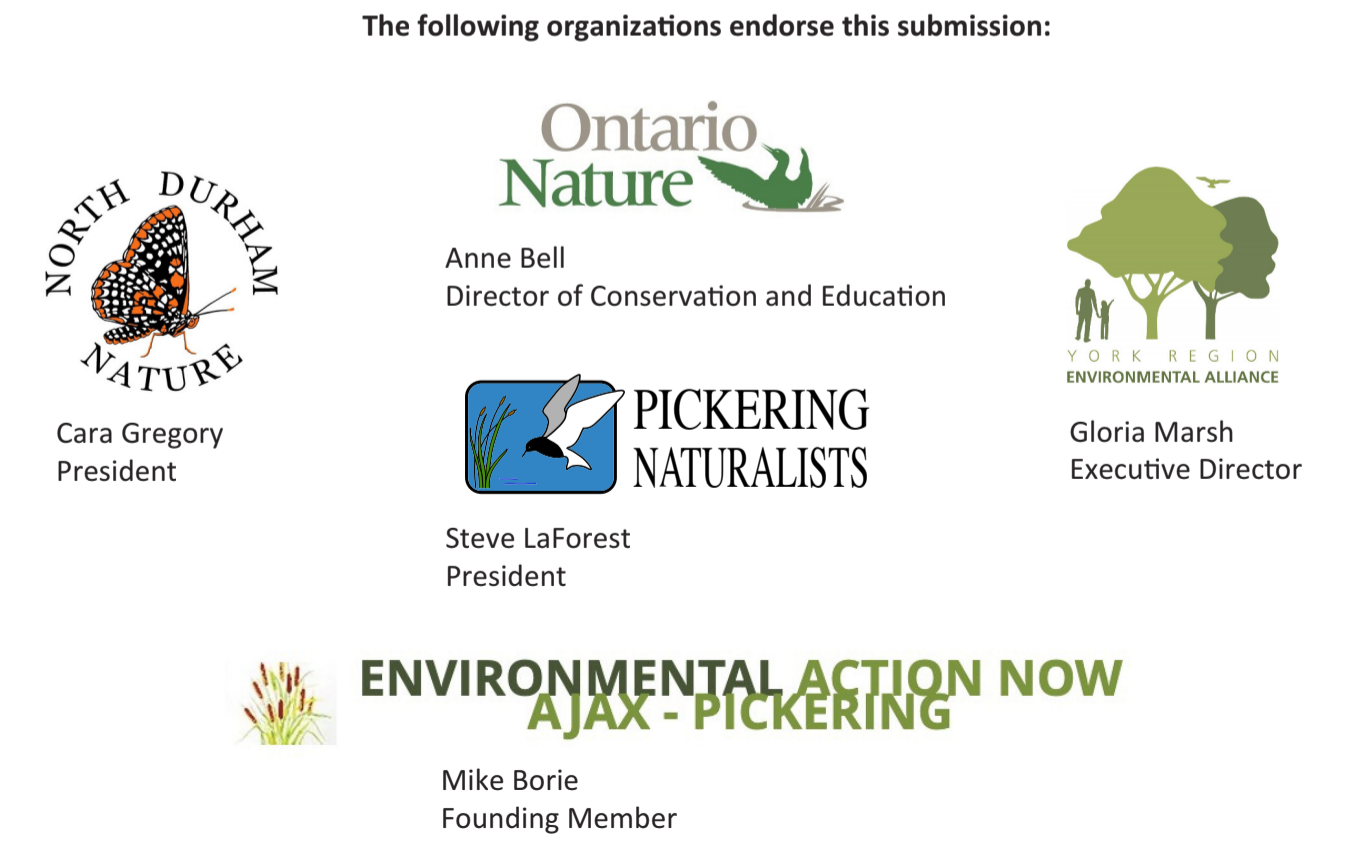 Land Over Landings, along with a coalition of partner NGOs, has submitted detailed comments on the Proposed Policy Directions phase of the Durham Region Municipal Comprehensive Review, also known as Envision Durham. The proposed policy directions would embed the Region’s full support of an airport in North Pickering while failing to acknowledge the emissions implications and overlooking the economic and environmental benefit of protecting the Federal Lands for agriculture.

The comments in our submission respond to the following sections of the March 2021 report:

Excerpt from page 6 of our document:

“For the record, Transport Canada’s position is that “no decision has been made to develop an airport on the Pickering Lands” and any future decision will be based on “a sound business case, updated data on aviation demand and capacity, and stakeholder engagement.” The 2020 KPMG report stated multiple times that no new airport would be needed in the southern Ontario airport system before 2036. And analysis found that Toronto Pearson in 2036 would still have sufficient runway capacity, with plenty of additional capacity available once the approved 6th runway was built. KPMG was unable to make a sound business case for any type of airport on the Pickering Lands before 2036. While all detailed economics for “scenarios” were redacted in the publicly released version, the report contained no airport recommendation to the government, and the scenarios section was replete with cautions.

A sound business case does exist for the Lands, however. It can be found in A Future for the Lands: Economic Impact of Remaining Pickering Federal Lands if Returned to Permanent Agriculture. It would allow Transport Canada to declare the Pickering Lands an “abandoned project” – as happened with the surplus Mirabel lands and the Fifth Welland Canal project. And it would allow continuation of the Lands’ agricultural use, as a permanent agri-business and agri-tourism hub close to a large urban population with a growing demand for fresh local food. This business case is remarkably consistent with Direction #55 in the Thriving Rural System section of Proposed Policy Directions (p. 101):

1. Promote and protect a full range of agricultural, agriculture-related and on-farm diversified uses as permitted, based on provincial Guidelines on Permitted Uses in Ontario’s Prime Agricultural Areas. … This increased policy support will confirm the range of permitted agriculture-related uses, including farm equipment repair shops, produce processing and grain dryer farm operations (if the produce/grain is from the area). This clarification will also be extended to on-farm diversified uses such as agri-tourism (e.g. corn maze), café and value-added uses (e.g. winery, bakery).

The business case describes a vision that is also consistent with the Region’s sustainability and GHG goals. It would help protect wild areas, forests, wetlands, and green space; the soil would continue to act as a carbon sink; the Lands would become a source of fresh food, good jobs, and economic benefits to Durham Region and beyond. While we acknowledge that agriculture is not emissions-free, this is a sector with numerous options open to it for greatly reducing emissions, increasing resiliency, and practising sustainability. And the Lands thus used would be a very good neighbour for the Park and the rest of the Region.”