Top
You are here: Home / News / Latest News / NEW! AIRPORTS AND POLLUTION, ZOOMING IN ON PICKERING 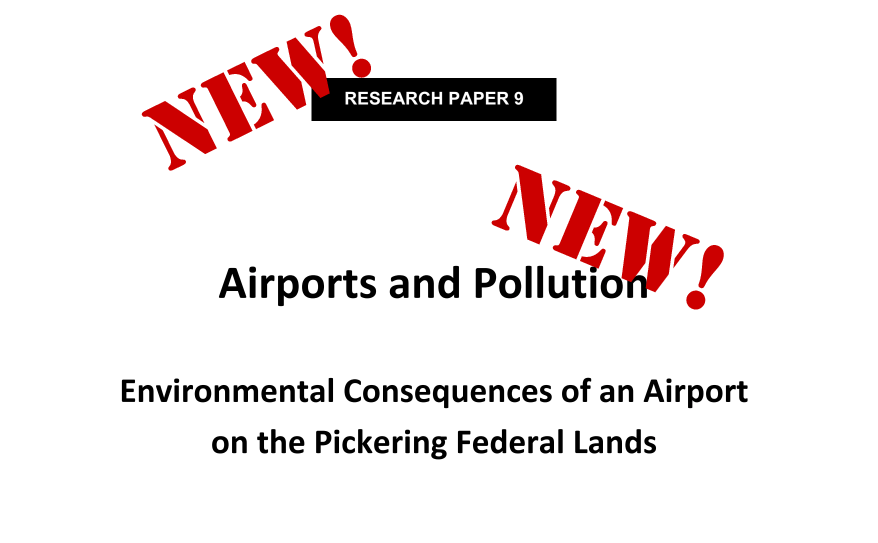 “There is much talk of economic benefits for the Durham region as a result of constructing an airport. What isn’t talked about much is the significant negative public health impacts from the increased noise and pollution.” – Carol Timmings, Former Regional Director, Director Child Health & Development and Chief Nursing Officer for Toronto Public Health.

“This report is essential reading that shows the extent to which air travel is incompatible with Canada’s climate change commitments.” – Robert Paehlke, author of Some Like It Cold: The Politics of Climate Change in Canada

The companion tool for this research report is our new map – Where’s My House? Runway Approaches of Proposed Pickering Airport

This map presents the latest proposed runway layouts and approaches, which have been calculated from Part 4 of Transport Canada’s draft Pickering Airport Site Zoning Regulations, published in the Canada Gazette on July 25, 2015. The map locates points that are 10 and 20 nautical miles from the ends of runways (thresholds). Click to enlarge the map to 200 m to see streets as well as public and private facilities that would be under the runway approaches. (User experience is better on a desktop versus mobile device) 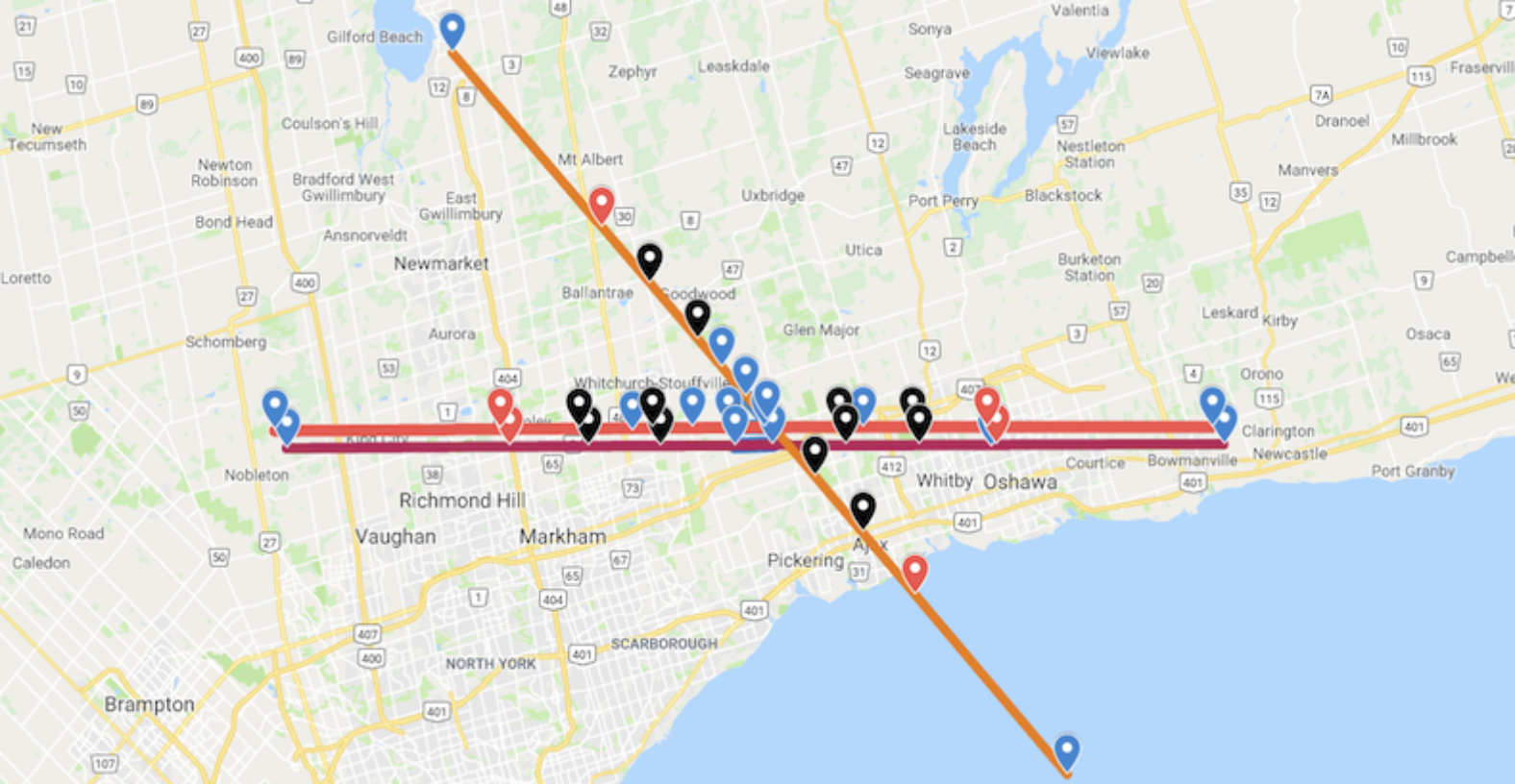 An adjacent airport would pollute unspoiled nature and destroy the peace and tranquility that are, and should always be, non-negotiable characteristics and benefits of a national park. (Airports & Pollution, p.25) Click To Tweet

The Runway Approaches map was contributed by a local area resident and retired test pilot. During his aviation career, he worked for 7 years on airport flight paths for Transport Canada (now NAV CANADA). He explains the normal landing approach:

Altitude decrease during a stabilized approach landing: When an aircraft follows a 3-degree glideslope, it descends at an approximate rate of just over 300 feet per nautical mile.

Ground noise during a stabilized approach landing: Beyond or within the 10 nautical mile distance from the runway, pilots lower flaps and landing gear and increase engine thrust as required to balance increased drag. These changes increase the noise heard at ground level.