Land Over Landings, with this article, joins the protest. By signing the latest global petition, you can add your voice.

Here’s why this action is important. While it’s true that the aviation industry has gradually increased aircraft fuel efficiency and has found ways to replace a (tiny, as it happens) percentage of the fossil jet fuel it relies on, aviation-caused greenhouse gas emissions have continued to rise overall as the sector aggressively grows and plans for more growth. 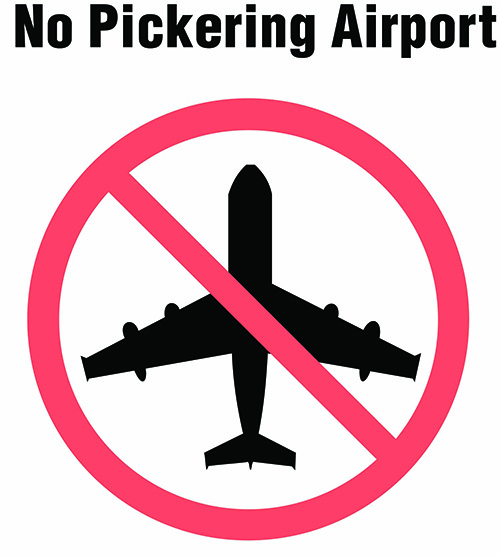 There is something close to criminal negligence in this approach. Far from “keeping it in the ground,” civil aviation burns through more than 5 million barrels of fossil jet fuel daily. OPEC sees the number reaching 8 million by 2030. Industry reports (you can read the latest one here) are a mixture of marketing hype and pure greenwash, touting incremental environmental advances as major ones, while avoiding the actions that would help keep our planet from warming past the point of no return.

Such foot-dragging has dire consequences. The Scripps carbon dioxide monitoring program at the Mauna Observatory in Hawaii reported this past week that global carbon dioxide levels in our atmosphere had surpassed 400 parts per million every month this year and are almost certain to remain there permanently. Climate scientists consider the 400-parts level to be the point at which CO2 causes irreversible damage to our environment. We’ve slipped over the precipice already, yet what is the aviation sector suggesting as its preferred solution to the problem? Carbon offsets. A discredited concept, an empty gesture. Pure greenwash, cynically aimed at protecting the industry’s own future and profits by misleading what it clearly takes to be a gullible public. The message it sends is that the health of our planet, of our children, of their children simply doesn’t count.

The sector insists that population growth is driving air-travel growth (i.e., it’s not the sector’s fault; it’s ours) – as if flying were every human being’s right and fundamental need. Flying is, in fact, a luxury, enjoyed (if that’s the word) by only a small percentage of the world’s population – an imbalance that’s unlikely to change in any foreseeable tomorrow.

Despite the known danger to our planet and future, the industry shows no willingness to take responsible action to usefully reduce its emissions now. And sadly, it is abetted by some heads of state and many elected officials whose vanity, ignorance, or callousness (take your pick) are as shocking as they are enraging. Pursuit of the business-as-usual model will have consequences that beggar the imagination, yet all around the world, business as usual is not only being pursued but is also being amplified by proposals and plans for more runways, more airports, more vast, destructive “aerotropolis” projects.

Find out more here and here.