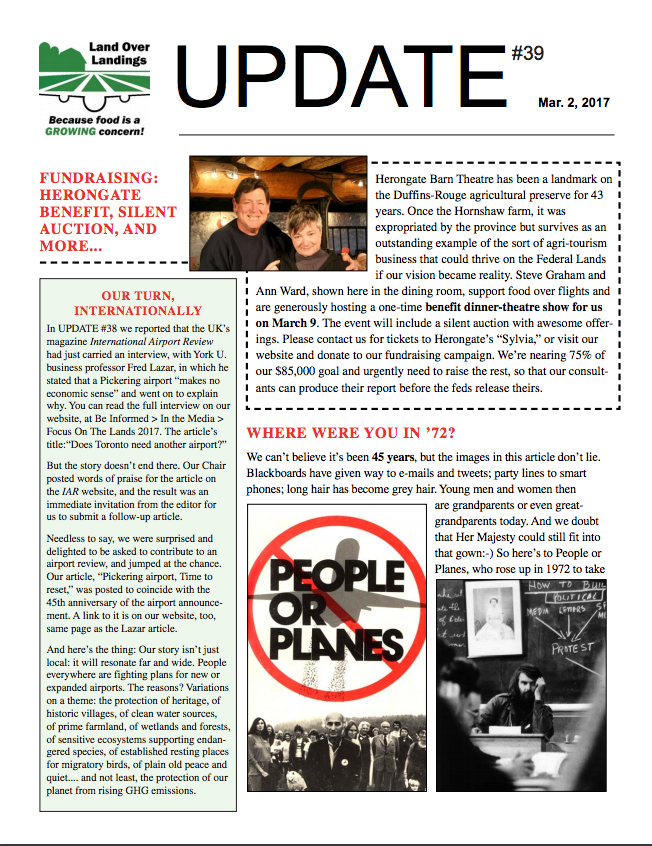 It was 45 years ago today that thousands of people learned their homes, farms, communities — their very lives — had been taken over, without warning, by the government. It was a massive expropriation for an airport that was never built.

We salute the heroes of People or Planes, who fought back, and we look at where we stand now in Pickering and on the international stage! Read more in UPDATE Newsletter #39 – March 2, 2017: 45th Anniversary of Expropriation Edition.

Durham Regional Council has voted to support a Climate … END_OF_DOCUMENT_TOKEN_TO_BE_REPLACED