Top
You are here: Home / Events / Call to Action / We need you…again!

On Monday, November 21 at 7:00 pm, Council is scheduled to ratify its decision from last Monday’s meeting, altering the wording of Recommendation #4 for the Official Plan (see below). Council will also decide whether to call a by-election or appoint a new Councillor for Ward 3. We need you again at Pickering City Hall to hold Council’s feet to the fire. A strong presence will ensure they approve the amended Official Plan and vote to hold a by-election. Having the opportunity to elect our own councillor in this contentious Ward is critical.

FUN FACT!? In the event of a tie on the vote to appoint/elect, Council will toss a coin! Yup, you read that right. All the more reason for the need to pack Chambers again and remind our councillors of what the people of Pickering clearly stated last Monday night. Time to pack #Pickering Council Chambers again! Ward 3 must have an elected councillor. Click To Tweet

Changes to Recommendation #4 in reference to the Official Plan Amendment: Environment and Countryside. 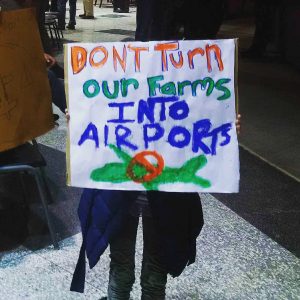 After:  That, in light of recent actions by the Federal Government and the announcement in the Canada Gazette, the Federal Government be requested to expedite the process to enable a decision on the future use of the remaining Federal lands proposed as an airport, consistent with Resolution #164/14 as adopted by Pickering Council on January 27, 2014.