What’s at stake are some 9,000 acres of our province’s most productive farmland – still earmarked after 47 years as the site of a potential future airport. This is everyone’s fight. Join us and let’s win it – for all our sakes! https://landoverlandings.com/be-informed/whats-at-stake/ Click To Tweet

Why is it so important to permanently protect this land? Because in a world of unprecedented population growth, where field crops are by far our main food source, our future depends on preserving access to agricultural areas that can reliably grow the food we need to survive. 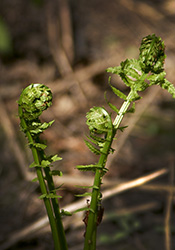 We destroy such land at our peril. The best-quality farmland, all over the world, tends to be in the fertile valleys that naturally attracted human settlement. Over time, poor farming practices, salinization, erosion, urban expansion, and infrastructure projects (expressways, dams) have all ravaged or obliterated that agricultural soil – and the destruction speeds up as our numbers increase. A recent UK study reported that the world had lost a third of its arable land in the last 40-odd years. A recent UN-backed study found that a third of the world’s remaining farmland has been degraded by intensive industrial farming. If we humans don’t act now to save our richest farmland, we will be reduced to living off the produce of lesser land, marginal land, land that’s further from irrigation sources, land that grows sparser and weaker crops, land that can’t grow certain crops at all, land that requires huge injections of chemicals to keep it going. We won’t be able to rely on imported food; soil degradation is a global issue.

To save north Pickering’s prime farmland from an airport or other destructive development, Land Over Landings is calling for its permanent protection as an agricultural resource. This land, which continues to be held by Transport Canada in case it might one day be needed for an airport, is Class 1 farmland crisscrossed by freshwater streams and natural habitat corridors. It is the kind of land that feeds us, body and soul. It is a finite natural resource. We must protect it as if our lives depended on it – which, given the gathering climate crisis, they one day will.

I have raised strong objection to the Government of Canada taking over the fine agricultural land and magnificent old homes of the Greenwood area for a new airport. The face of this countryside deserves to remain unspoiled.